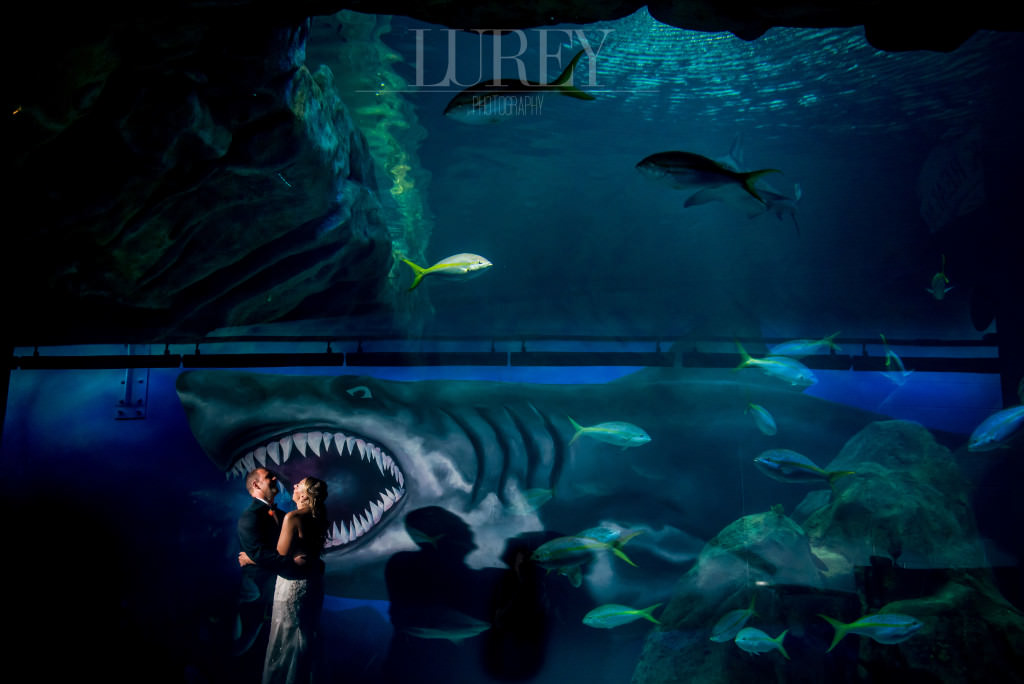 We have been asked quite a few times in the last week how we got this Camden Aquarium Wedding Reflection Shot. So we figured we would do a short article on our thought process behind it and how we shot it.

Cocktail hour is normally in and around the shark tunnel at the Camden Aquarium. Just beyond the tunnel is a floor to ceiling glass wall (pictured above) where people stand to observe the sharks and other fish etc. I wanted to take a single image and make it look like the couple was in the tank. In order to do this I couldn’t put the couple in front of the glass while lighting them because the flash would reflect off the glass and would look awful. I would lose a lot of the detail in the fish and sharks etc. Behind me was a painting of the big shark you see and I could kind of see it  in the reflection when I looked at the tank in front of me. So I decided to put the couple behind me as well. I then lit them with a speed light that had a grid on it to focus the light. This caused them to come through in the reflection as if they were standing in front of me. That’s it!

For this shot I used the following gear:

Mag Mod Modifier w/ grid – We use MagMod modifiers all throughout the wedding day. They are super compact and produce great light.